One of those days

Look at all that bread making crap!  This is the being of my first attempt at sourdough sandwich buns. I also made a spelt sourdough for good measure. 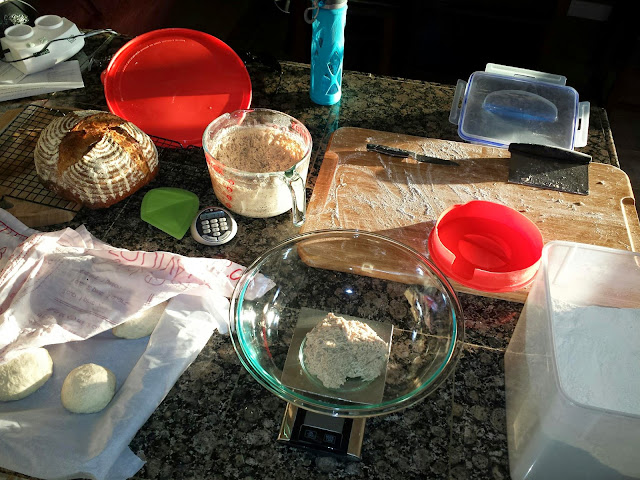 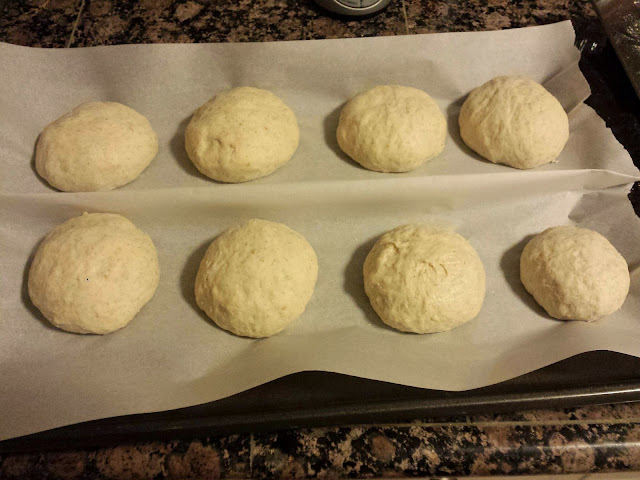 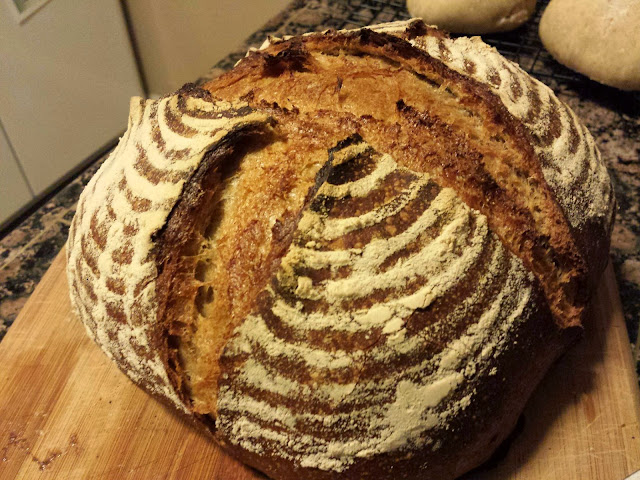 Sourdough Through the Ages

As some of you know, I love to cook bread.  So I thought I'd post some cool pictures of the sourdough I've cooked over the past year... hopefully there's been some improvement!

To start things off, here's a glamour shot of my baby before Gaia, my homegrown sourdough starter: 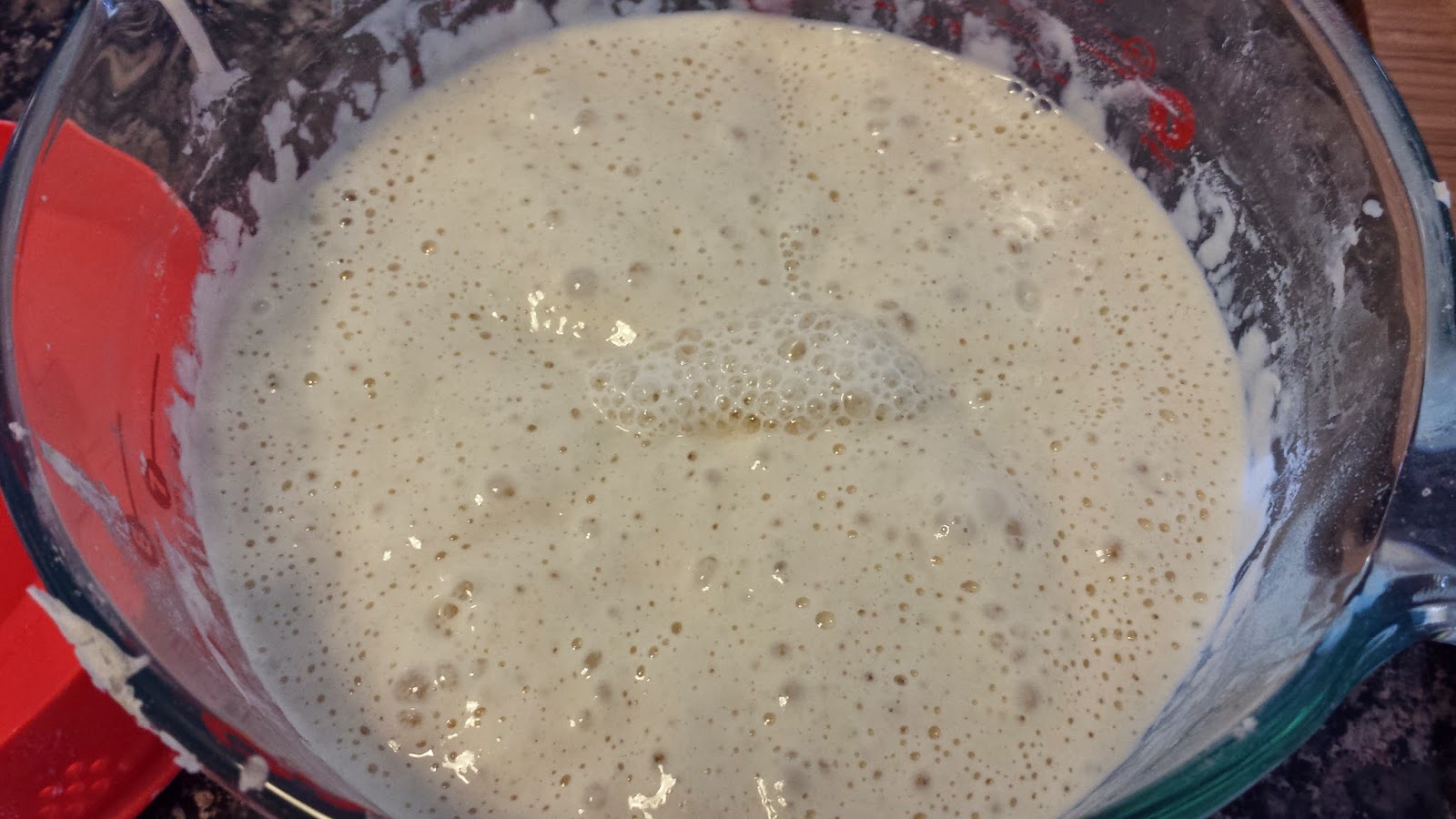 Here's my first loaf of sourdough, made with my brand-new starter.  The first few loaves came out looking a little strange, as I hadn't really learned how to handle the dough.  Also note the fairly plain crust... I was cooking these in a ~400 degree oven with no modifications.  Hydration of the dough here was probably close to 60%. 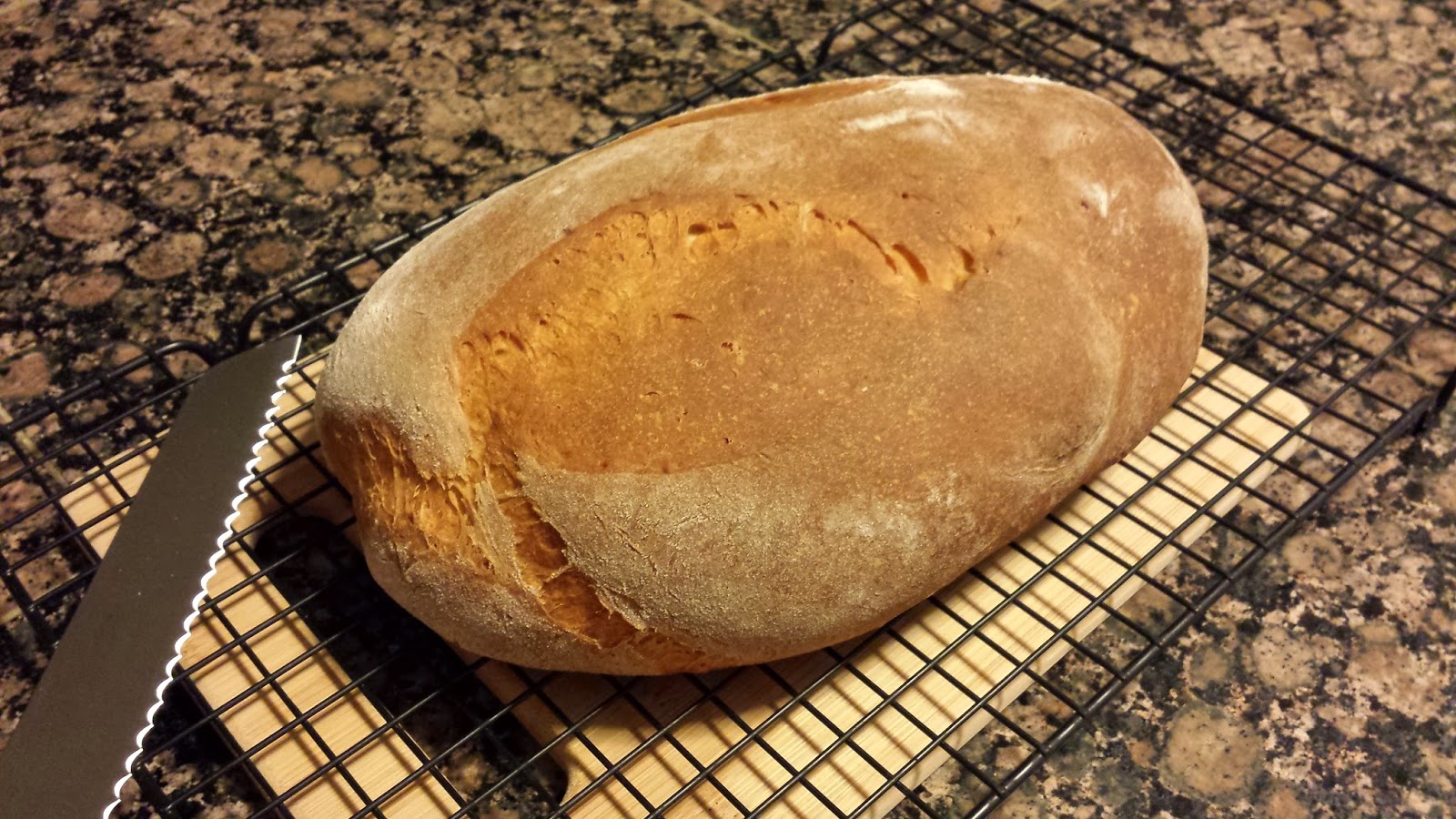 ...and here's a gratuitous shot of the sandwich made from that first loaf: 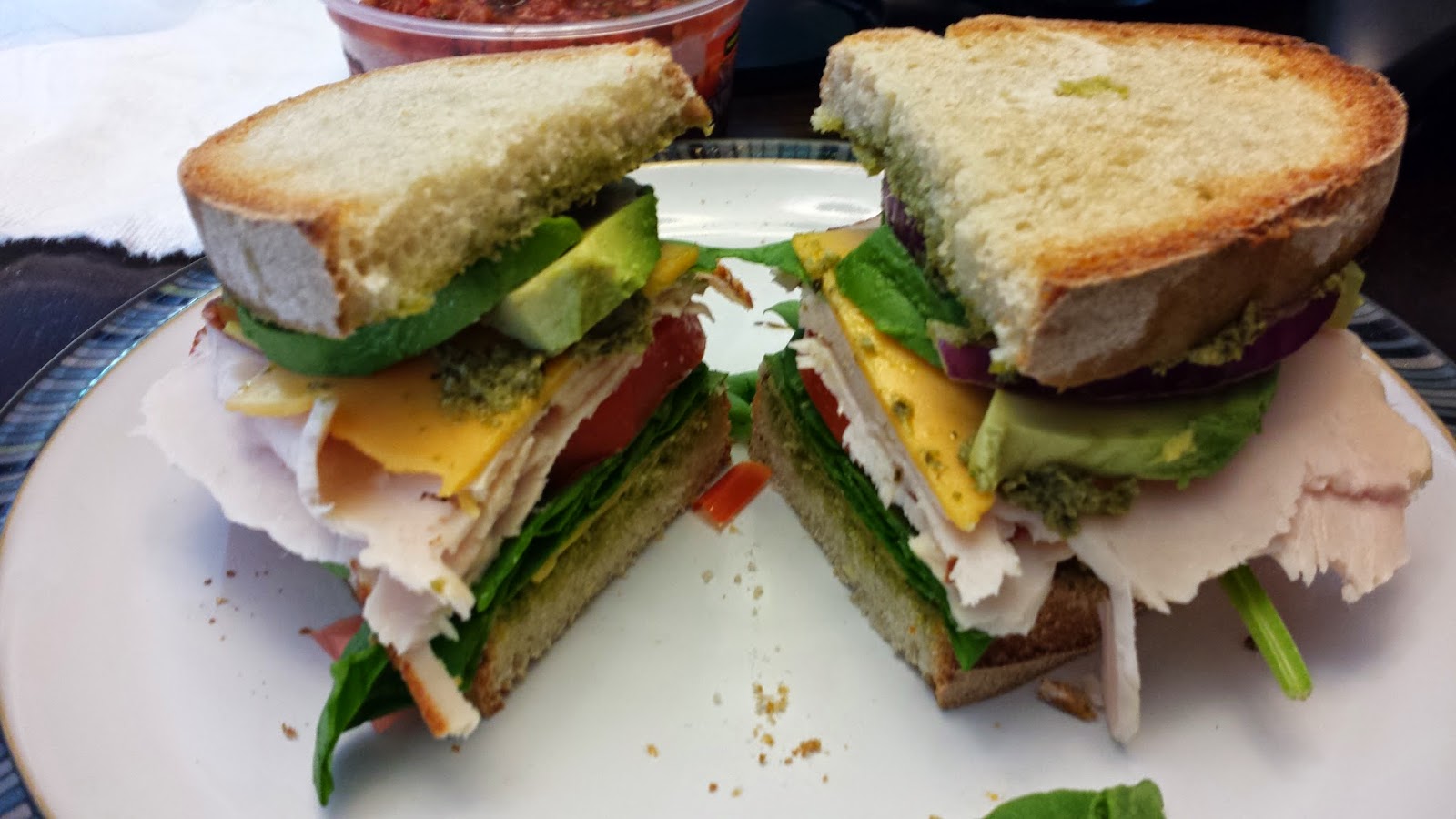 Another month, another sourdough.  This one looks a bit better, I've got the shape somewhat round, and I'm cooking it at a higher temperature, as indicated by the busted up crust from all that steam escaping. As you can see, I'm also baking it on a pizza stone... which for some reason I removed from the oven with the loaf.  So weird. 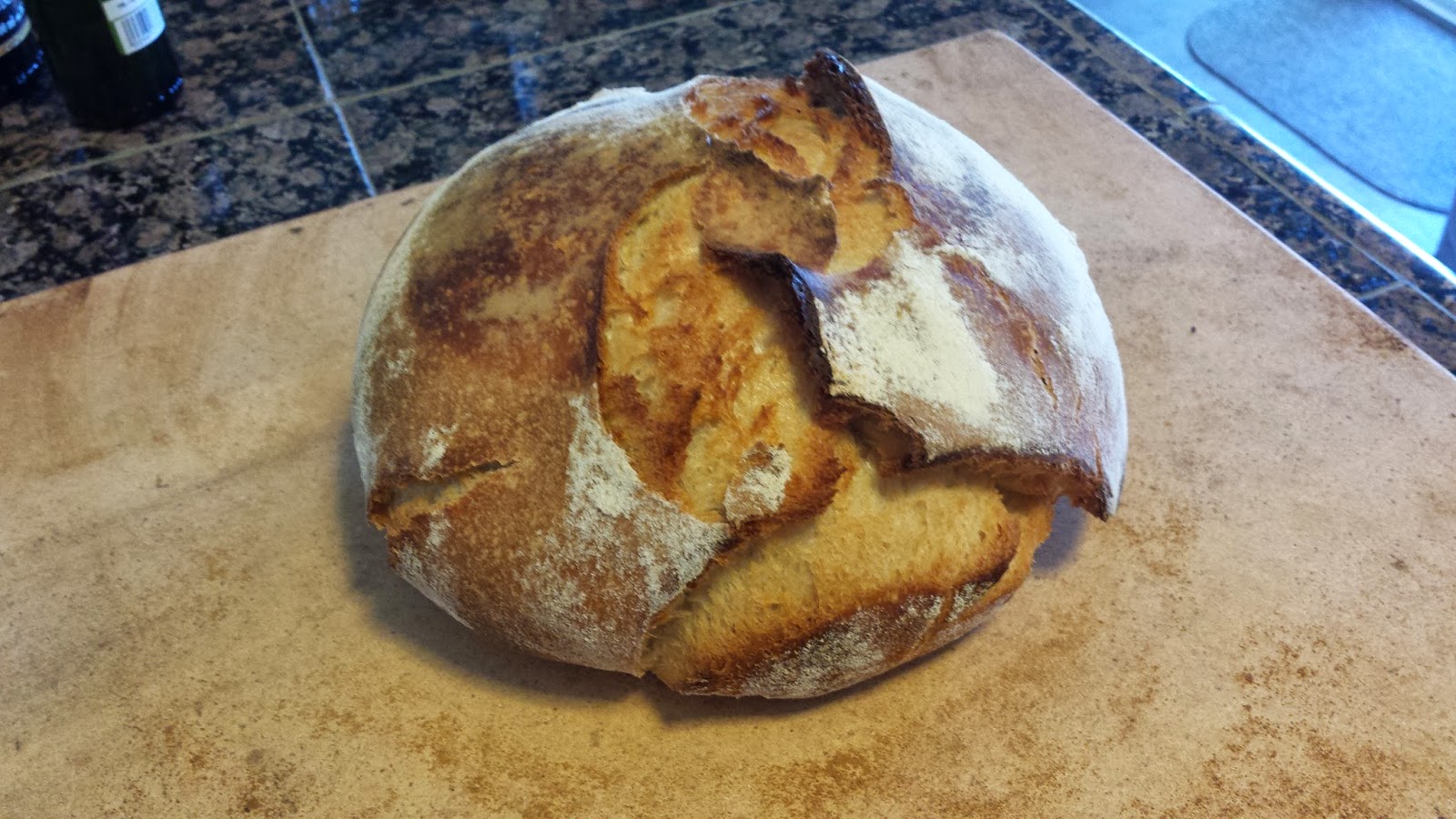 Now I've got a pretty decent looking loaf... aside from the shit-ton of flour caked all over the top.  Not my fault, really... I just didn't have the proper tools.  I was starting to work with wetter dough, and it wasn't possible to shape without a bowl or basket... which I didn't have.  So I improvised using a glass bowl lined with a cloth liberally coated in flour to prevent sticking.  The hydration of this dough was probably somewhere in the 70% range.

You'll also notice that I've got a nice looking crust on the top, where the dough split.  Instead of having it split all around unpredictably, I started slashing the dough before putting it in the oven, which allows it to split along predictable lines, and can give you some really professional looking bread.

Once I started working with higher hydration bread, I could get better looking crumb (insides), too. 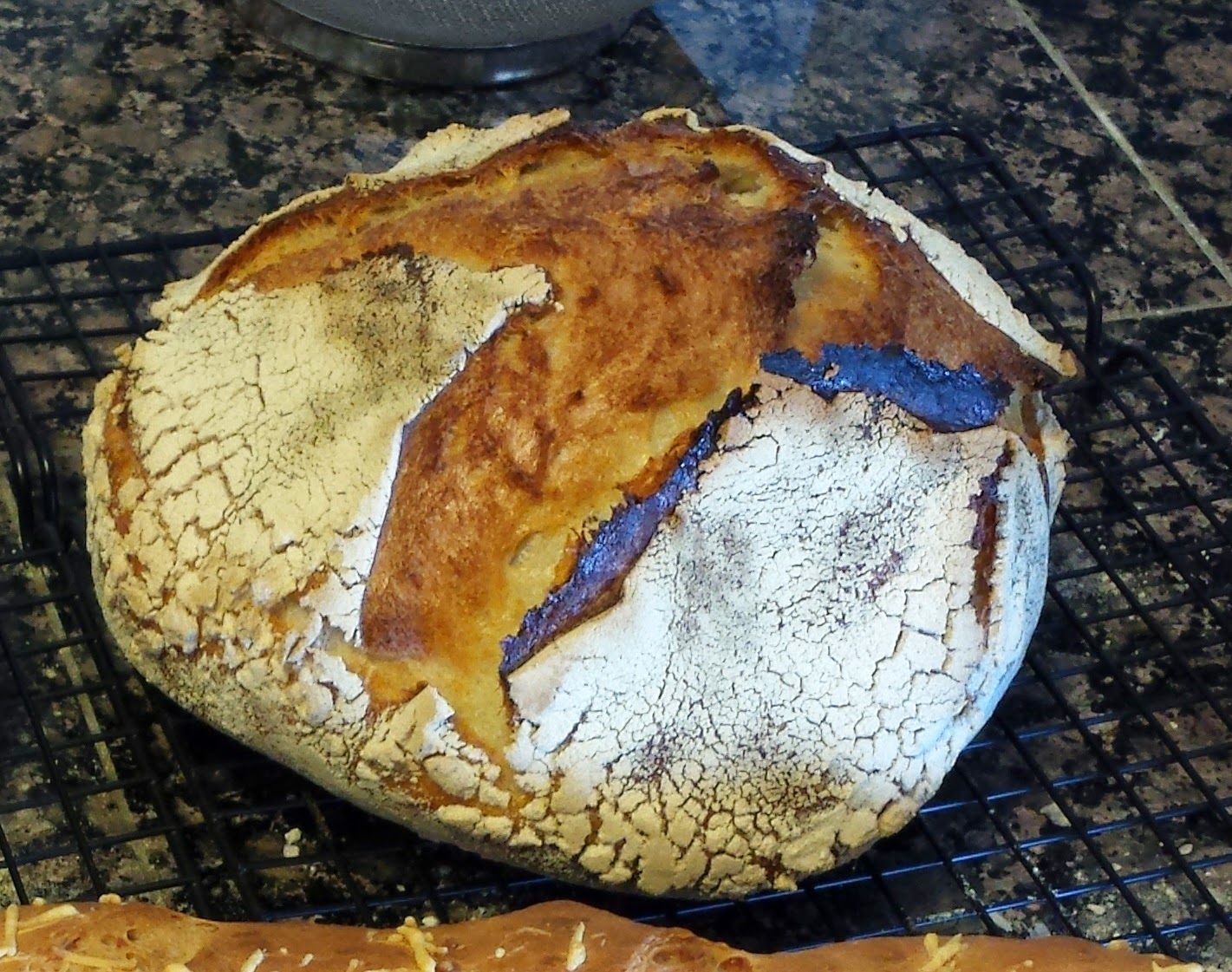 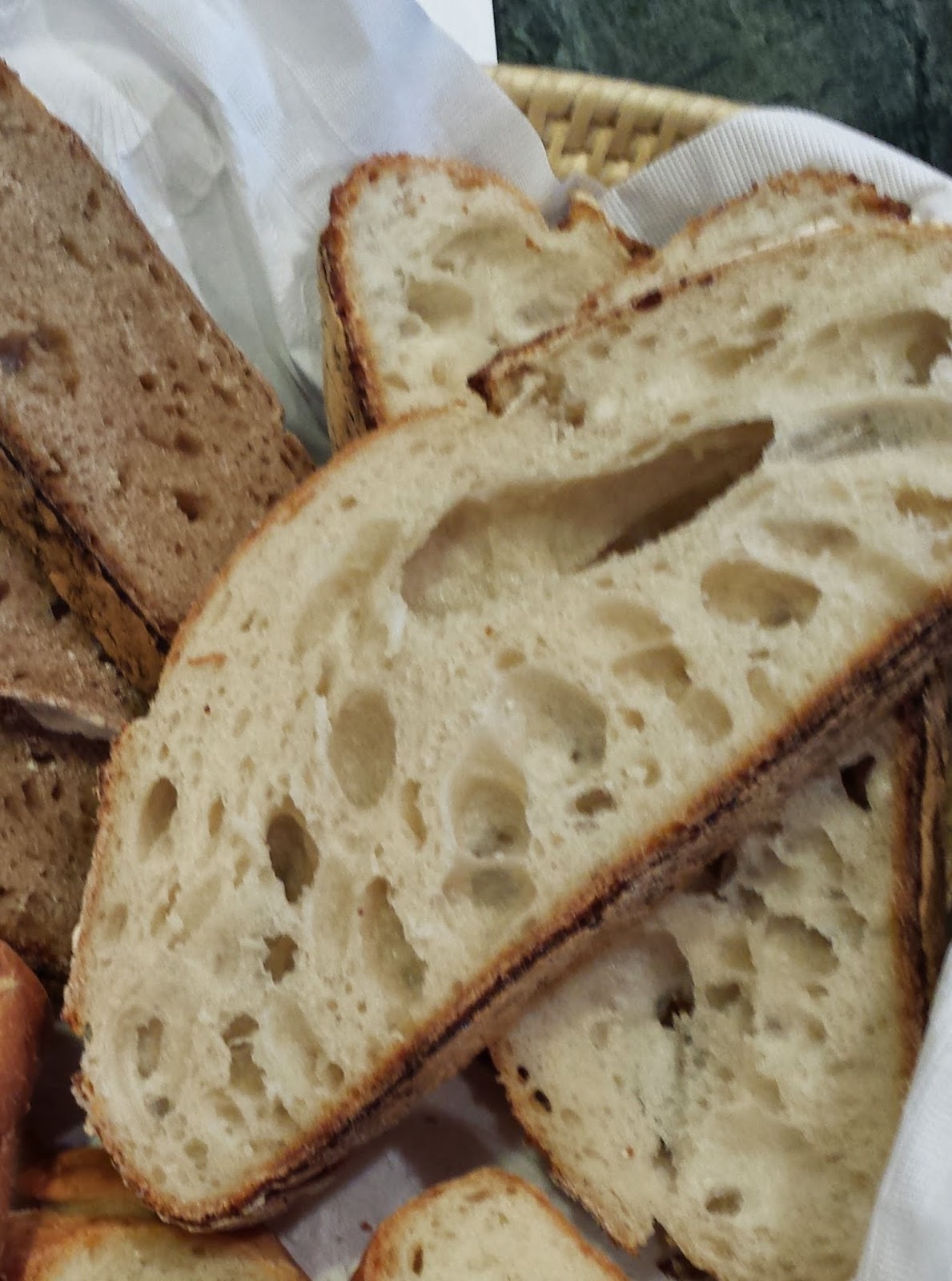 So, maybe I got into this whole bread baking thing a little too deep... I was making 3-4 loaves a weekend, I bought a $100 cast-iron dutch oven, and I was even starting to have dreams where I was being baked by a giant loaf of sourdough.  I basically had no life outside of my bread.

Now, if you know me, you know that none of that would stop me from baking.  I had another problem, however, and that was in my rush to try to perfect my sourdough bread making, I basically put everything I had into these loaves... and when one didn't come out the way I wanted, I would take it personally.  When I started to think that my wife was sabotaging my bread in the night while I slept, I knew I had a problem.

After one massive failure in particular, I basically had a mini-meltdown, and contemplated quitting bread making altogether.  This was that failure. 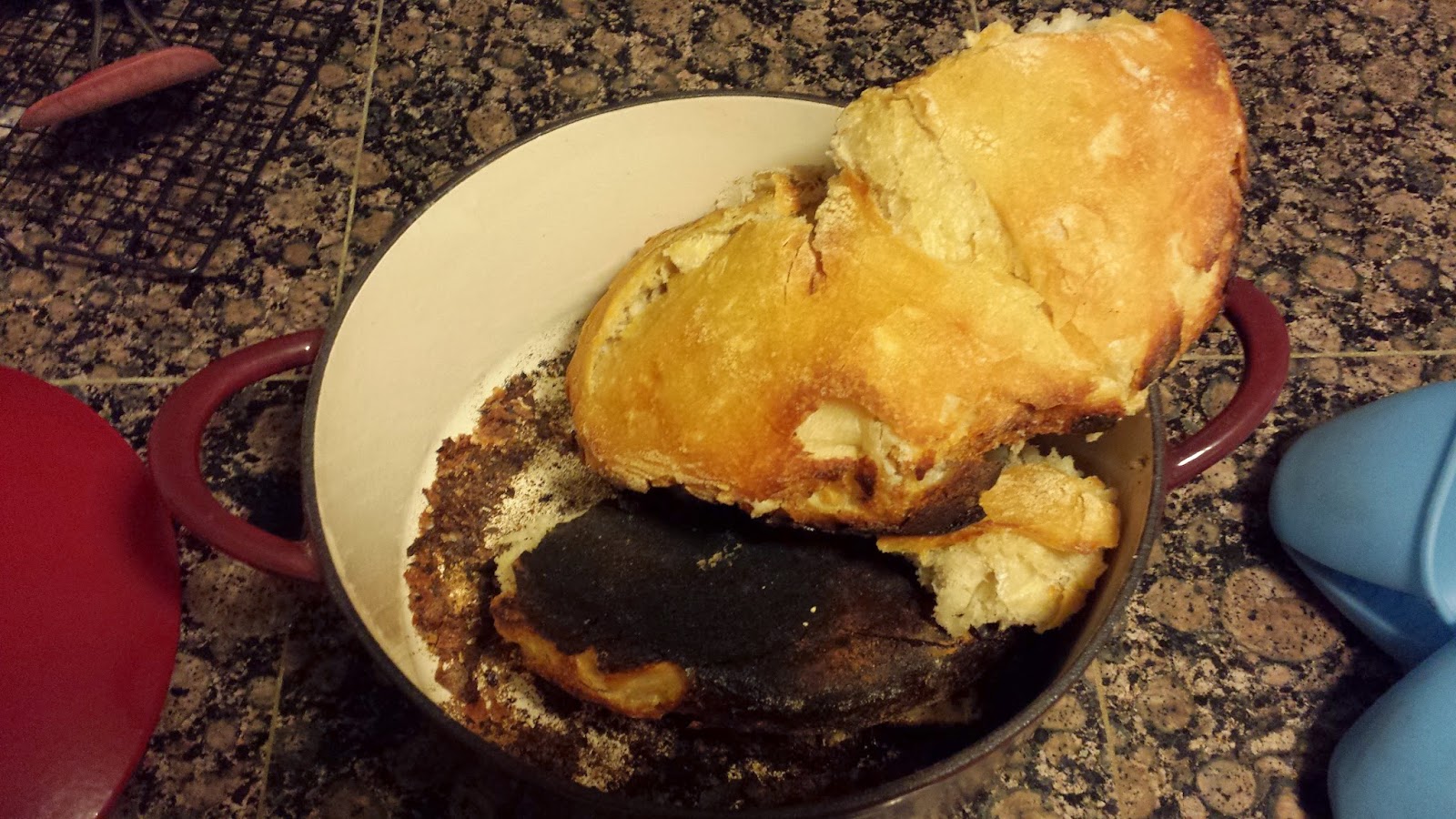 After over a month of not baking sourdough bread, I came back to it with a tempered attitude, more patience, and a resolve to be more detached.  Also, I guess I was taking pictures with the lights off or something. 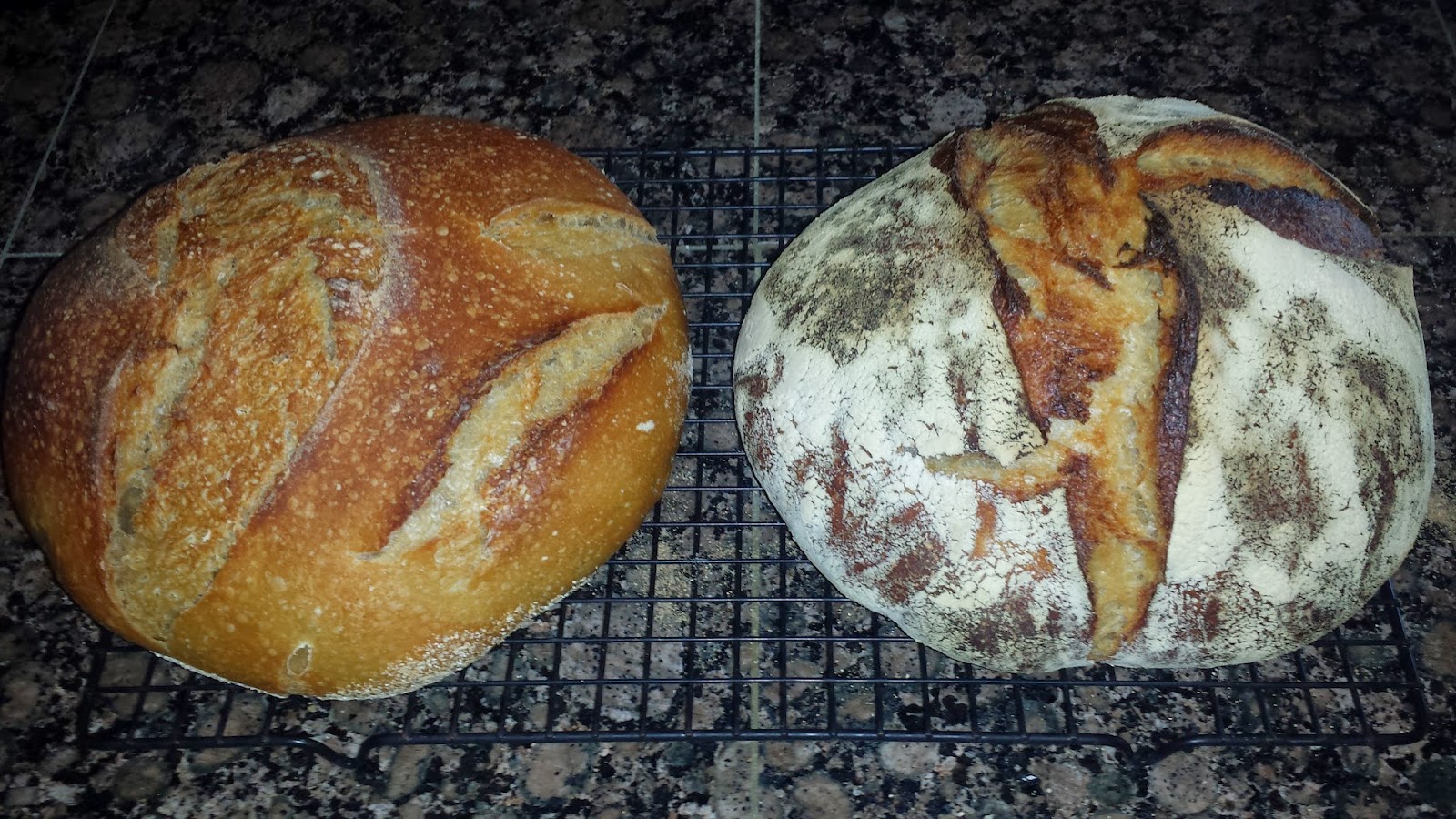 After getting back into the swing of things, I started to branch out in shapes and sizes.  Things are starting to look a little more professional here, too. 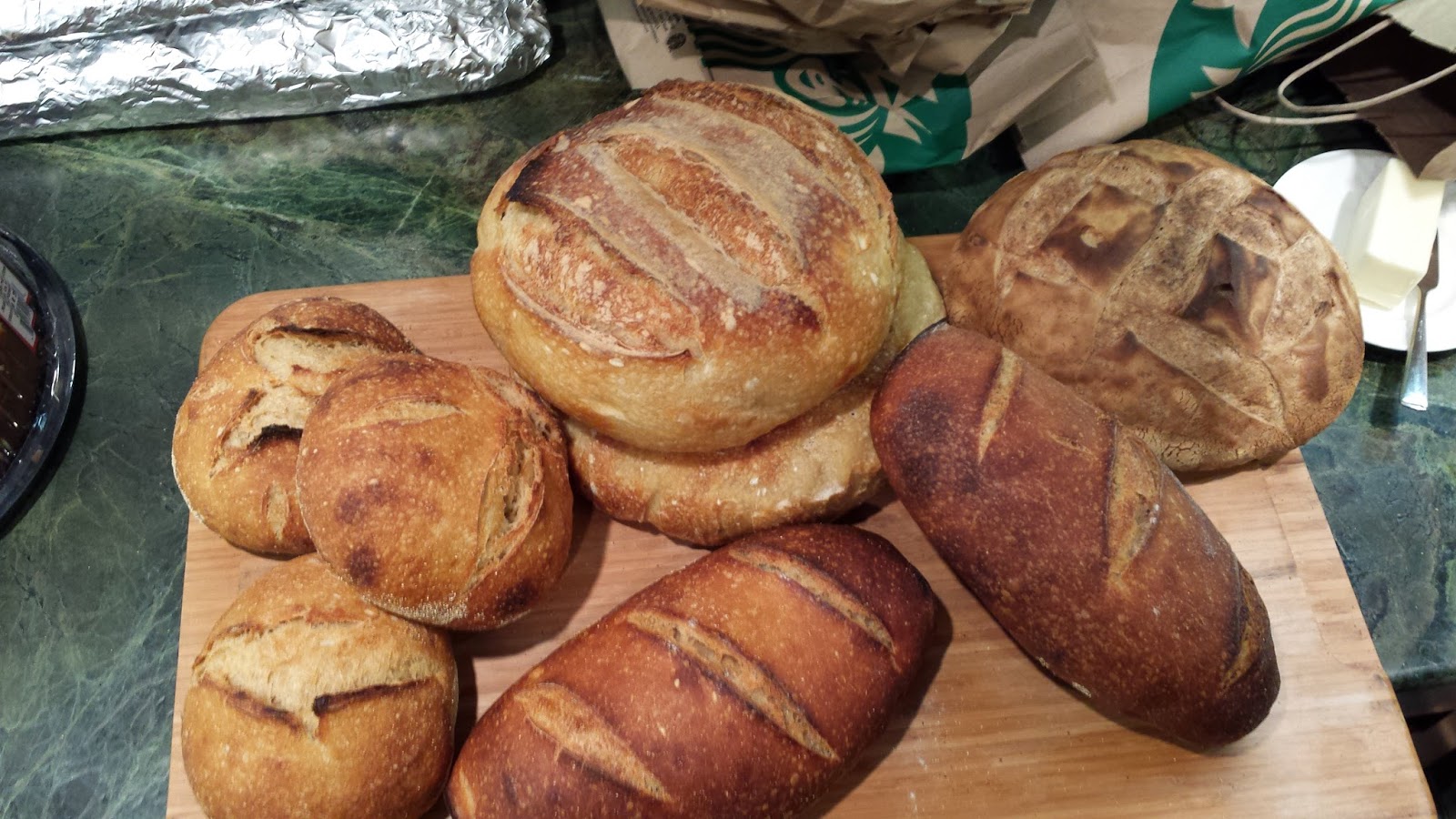 So, after baking my balls off with sourdough, I decided that it would be nice to have a little break, and baked up some other tasty stuff instead.  The sourdough baking had taught me a surprising amount of patience, and given me the skills necessary to make these other bakes a success. 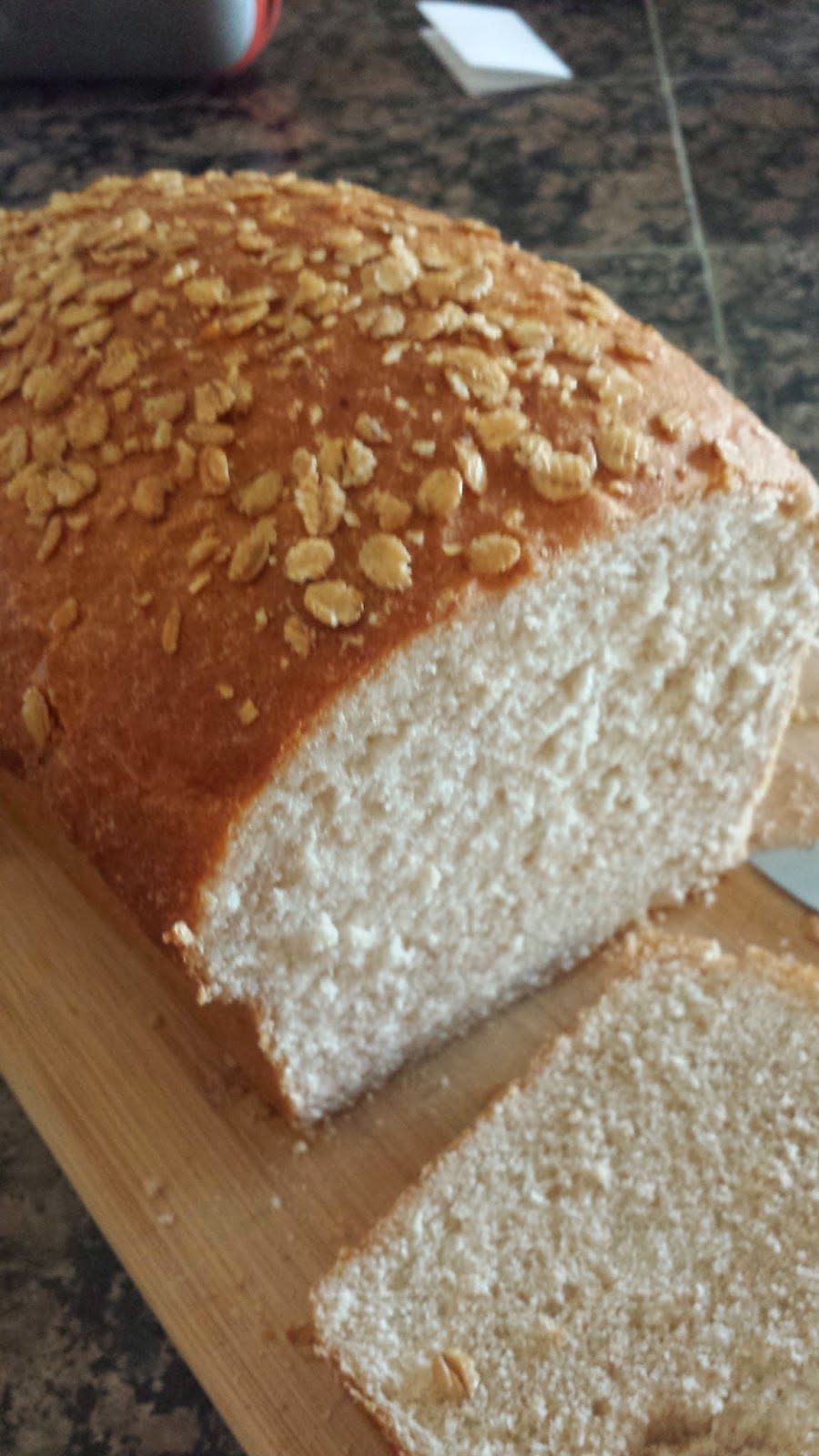 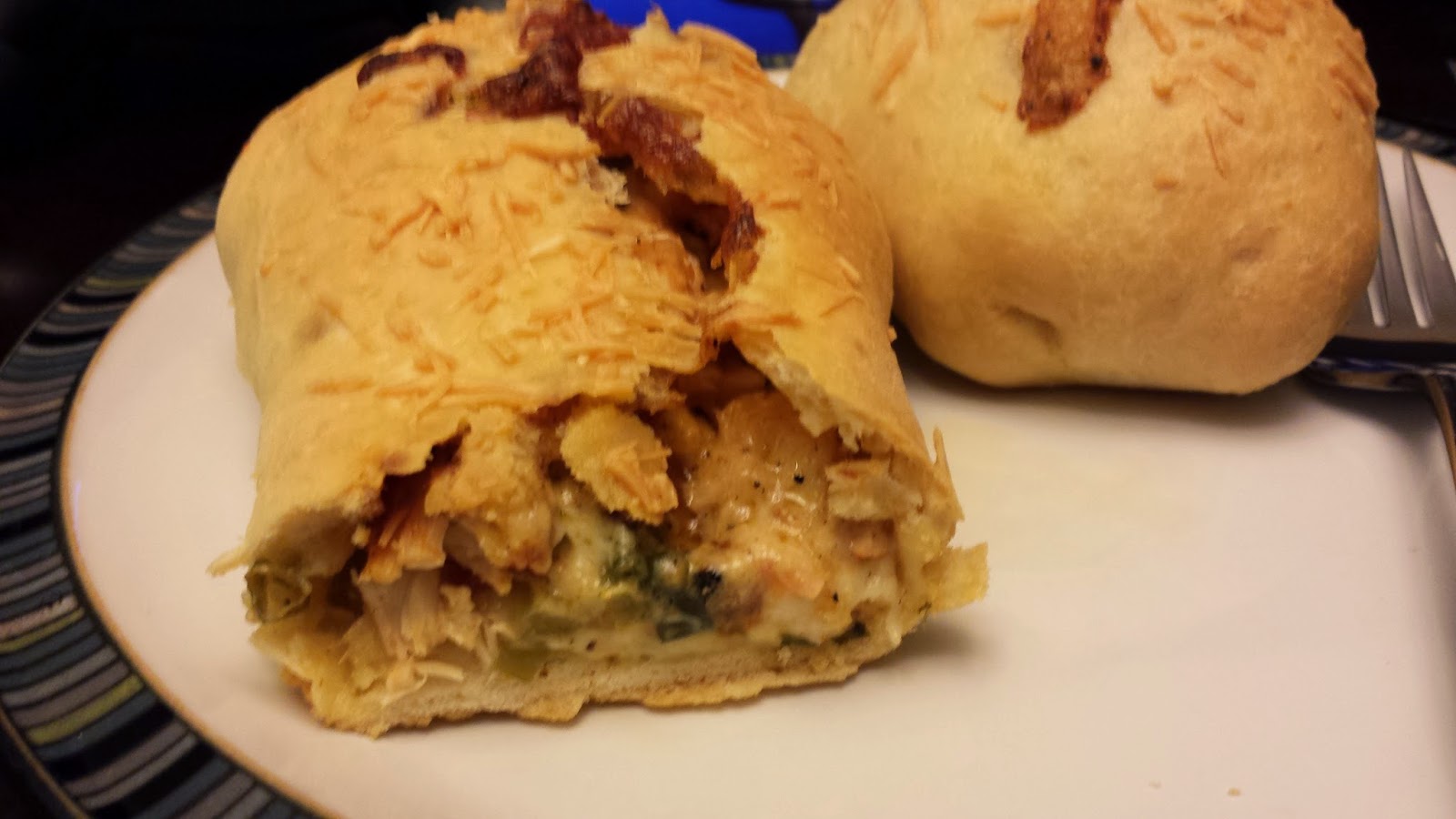 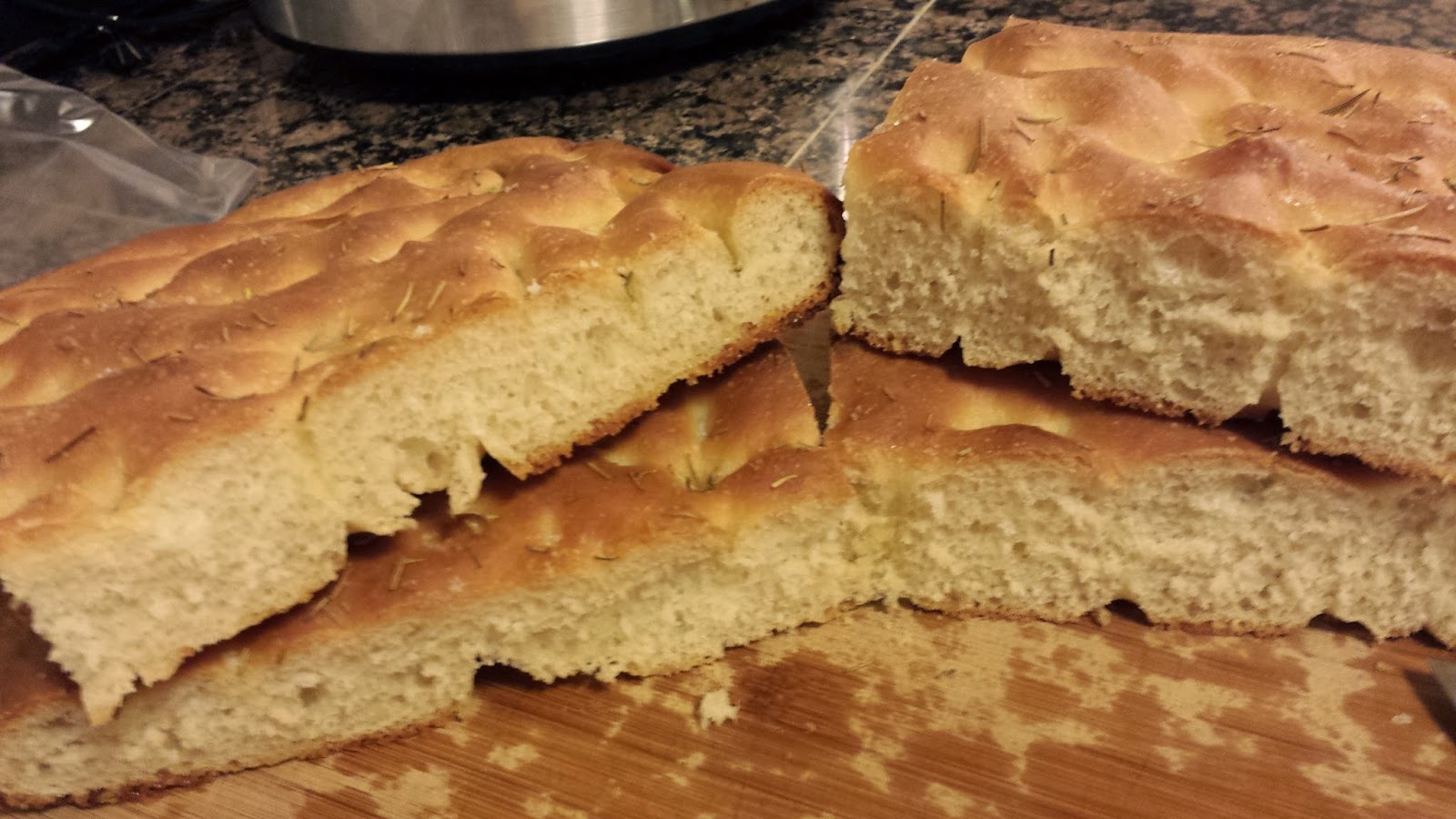 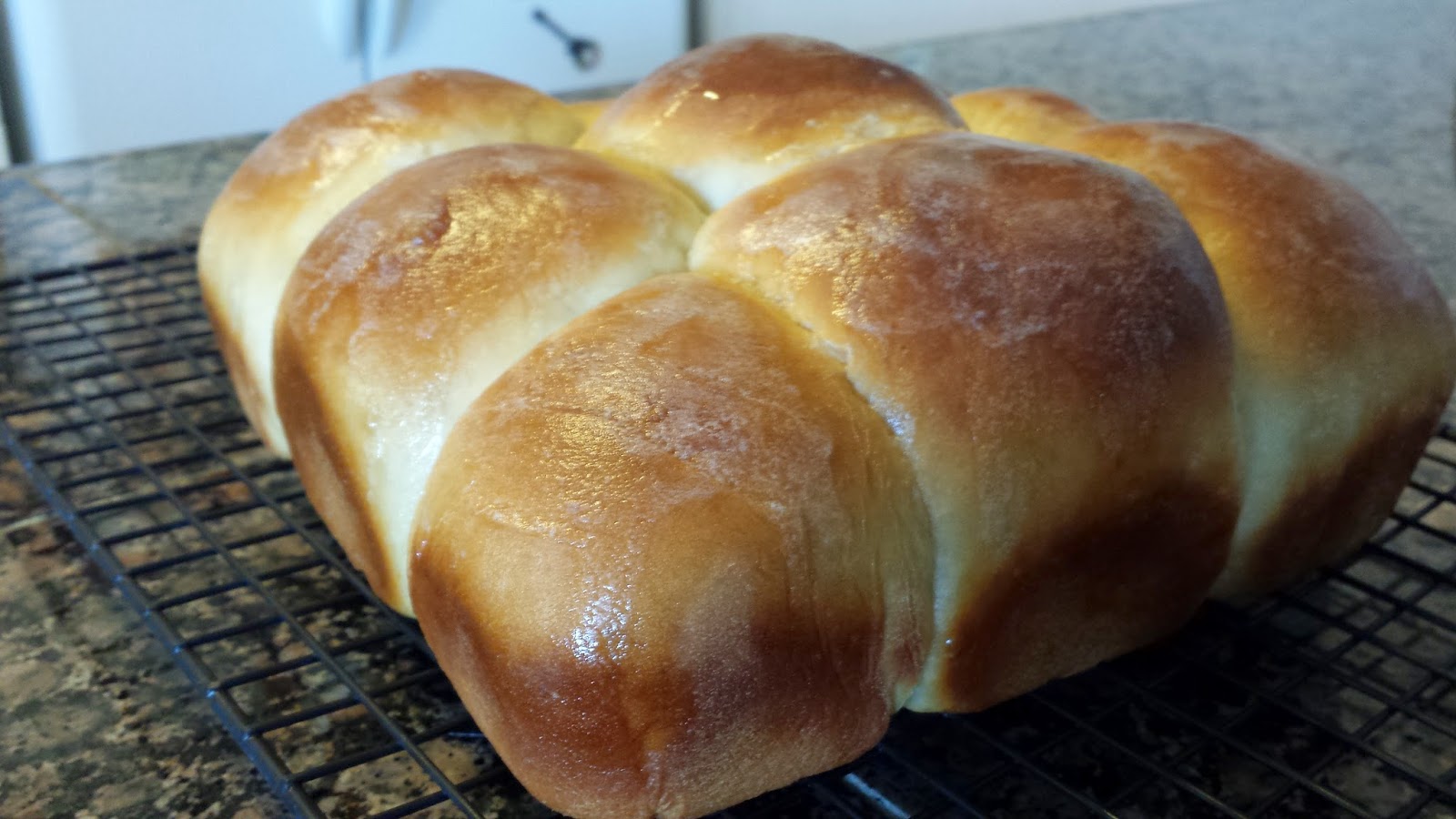 So, now I finally got myself a proofing basket.  I didn't realize how difficult I was making things on myself without one.  Now my bread comes out nice and round, with a neat swirl pattern!  I'm also experimenting with other types of wheat, such as this one, which was a 100% spelt flour sourdough. 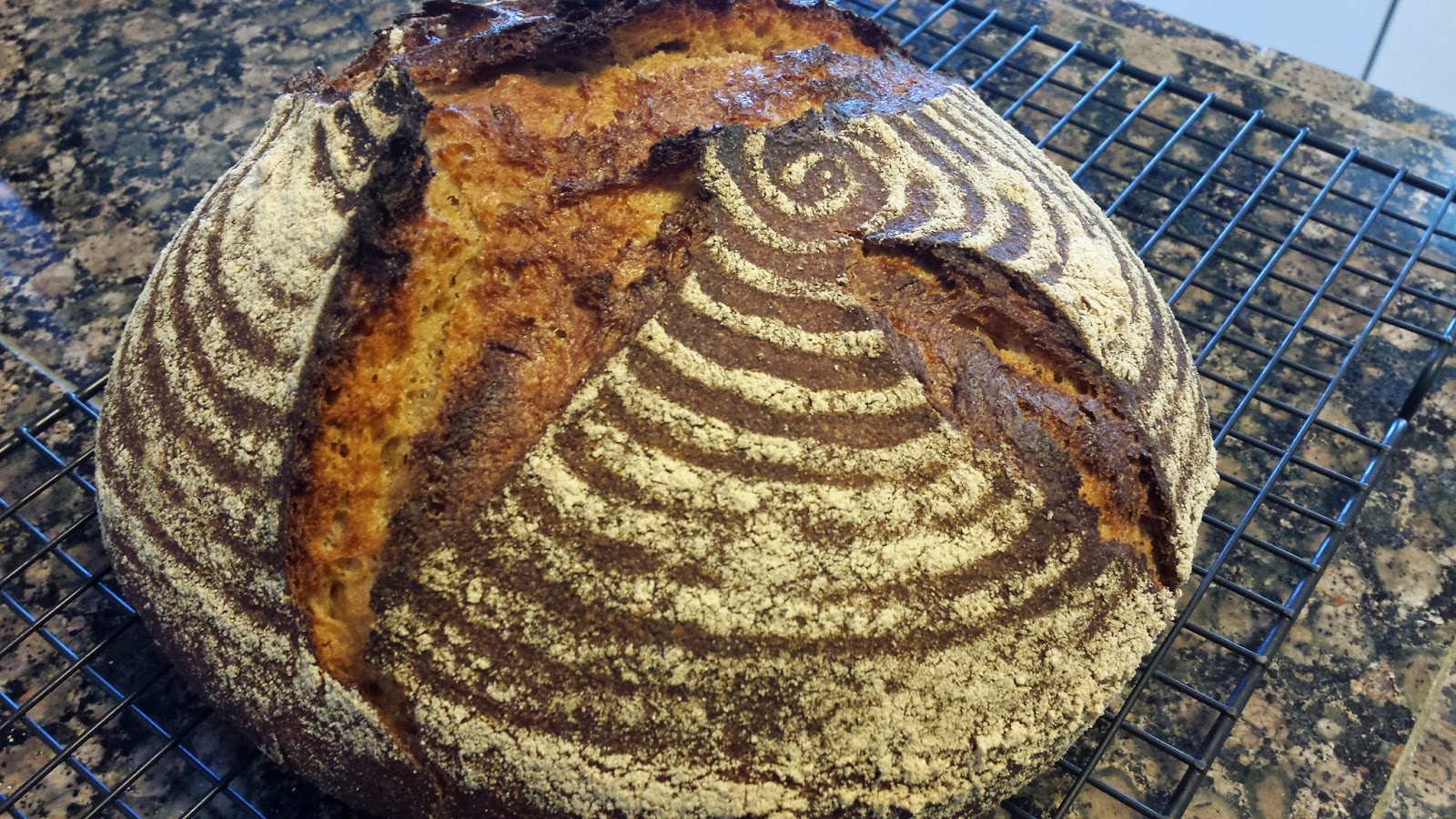 So, that's pretty much it... the evolution of my sourdough life.  Look for future bread-related posts on this very blog.

It's a clean sweep!

I just got tired of looking at all my old crappy posts on here, so say hello to my empty blog!

I'll post some really awesome new stuff when I find something worth posting.  In the meantime, check out my technical blog (link at the top of the page).
Posted by Unknown at 11:48 AM No comments: